The purpose of this section is to outline the new features and fixes of the components of Lasernet Version 9.7.

The following new features have been added since our last release:

There is now a new output format in the Form Editor and a new module in the PDF Tool package, to merge metadata with PDF filler fields designed in Adobe Acrobat.

While legacy webservice integrations that use old identifiers will continue to work as a result of this new mapping configuration, they will not have access to more than 55 keys.

We have introduced a new output module to archive documents in the Long-Term Archive used by Formpipe (a system for the preservation of digital information over time).

A new module has been added in the XML package to convert system Jobinfos into a job that contains an XML structure.

You can now set-up your Azure Hybrid Connections to connect Lasernet Meta, Lasernet Client and Lasernet OCR with the Lasernet Server.

A new option has been added entitled Zip job data. 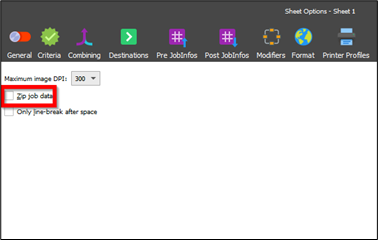 Activate this if the form size is expected to be larger than 2 GB in a non-zipped mode, which is the maximum supported size for EMF/PDF forms in the Form Engine.

Activating this setting can cause a slight system performance degradation.

You can now dock the Patterns editor with connected objects in a new non-modal window. With the non-modal Patterns Editor you can still activate other windows, work with rearranges, add new patterns and continue to navigate in your form design.

The following list contains details of fixes and minor features that we have implemented since the last release: